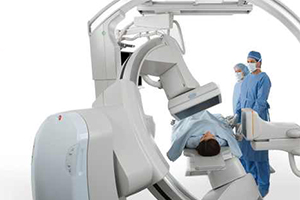 The live cases will be performed on Tuesday, April 17, 2012, by leading interventional cardiologists: